Had a friend come through Rome so I went up to play for a couple of days.  It’s always fun to see sites through someone’s eyes for the first time.  She had been to Rome before but had not gone to the Pantheon yet so we did that, it’s still my favorite site in Rome.    She had seen Trevi Fountain but not at night, so we did that, it’s still my favorite time to enjoy the fountain.  It’s magical at night.  (click here to see my previous blog for photos of those.)

Some random food and such photos: 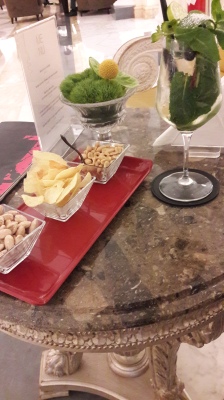 Aperitif While Waiting for my friend. 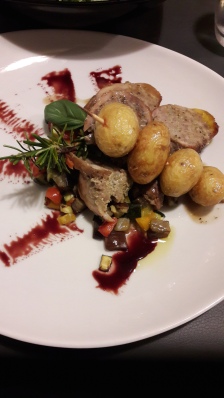 We went to Castel Gandolfo, which is the Pope’s Summer Palace outside of Rome, a quick train ride and walk up a hill to get there but very worthwhile and it sits on a lovely lake.  First, cappuccino and a little carb to sustain me through the morning walking tour of the gardens.

Then, a rather disappointing lunch which was our fault for going to the place with the view instead of finding the less touristy spots.  After lunch we had tickets to go see the palace museum.  It was a few rooms set up with portraits of Popes and some clothing pieces, some furniture.  All rather interesting to look at but then… we were approached by a guard who was calmly speaking in Italian and thankfully my friend understands more of it than I do.  He was quietly offering to take us up through the private section of the palace which is a very expensive ticket that we did NOT pay for.  We were taken through all of the rooms in actual use (if the Pope ever actually visits there), saw his desk and his bedroom, different audience rooms and the Music Hall.  In short, we were given the $450 tour but only paid for the $30 tour.  They were closing up behind us so I am guessing the paid tours ended and they decided to choose someone to let through before they closed for the day.  It was incredible and we are both humbled and appreciative for being chosen.

After giving it a lot of thought, I’ve decided not to post the photos my friend took, she was taking photos and I was just taking it all in knowing she was getting the shots.  It was a gift and I’m going to keep it close to my heart.  Of course if you really want to see photos you can find them online.  I’m sticking to my motto:  Ya Gotta Go To Know

That said, here are some photos of the Barberini Garden , the village and lake.  It was stunning and we were blessed with no rain somehow in a week of a lot of rain. 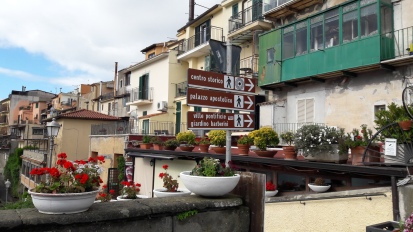 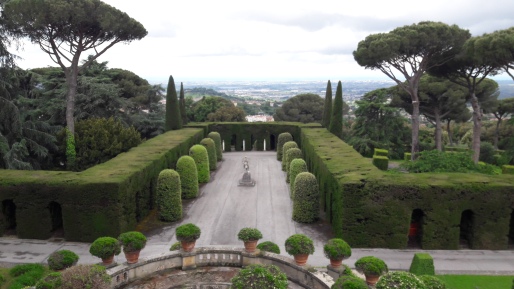 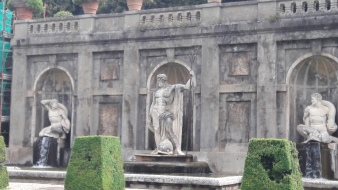 We are off to Scotland again soon but this time we are doing some amazing tours.  There will be Highland Games, the Isle of Skye and more.