It has been a minute since I’ve written here, mostly do to a cold that has taken it’s time going away and I’m still coughing but here we are in the middle of October with Samhain (Halloween) and the darker part of the year approaching.  I do love Autumn.

In September we did a bit of traveling, Sicily for our final trip to my ancestral village which was an emotional one for me.  It’s such a lovely place and the food is amazing, I can’t explain the connection I felt there, it just has a comfortable vibe for me.  I won’t go into too much on Sicily as I’ve blogged it previously here.  However, this time we took the overnight ferry from Naples to Palermo which was a great experience on the ride there but rather a nightmare on the ride back.  I won’t go into why except to say I’m ready to leave Naples and I’ll likely do a blog as to my feelings on living here after we move.  Here are a few new photos and food shots from Sicily and the biggest cannolo I have ever seen and we were introduced to warm cassatella as a dessert – photo below.  (I also got a tattoo there which means so much to me, it’s a variation of the Trinacria, the Sicilian emblam but I’m not feeling like sharing a photo of it yet) 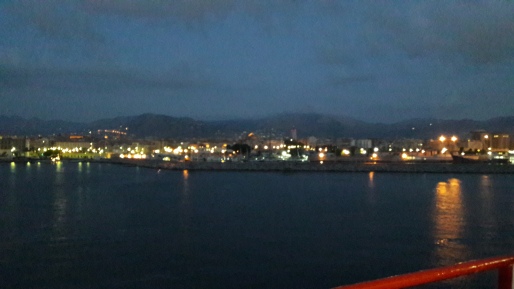 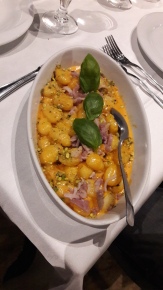 After a recuperating week back we spent a weekend in Rome for our final trip there.  We had aperitif at our favorite spot, lunch at our favorite pubs and spent some time in St. Peter’s Basilica.  Did some shopping for the granddaughter too.

Later in September we flew to London for a few days, indulging in CoCo’s Curry which we miss so much from our time in Japan and to get in one more sticky toffee pudding and a final Sunday roast.  If you go to England please do the Sunday roast, it’s just so good.  I had the lamb and my husband had the roast beef, it comes with duck fat roasted potatoes, vegetables and Yorkshire pudding with a boat of gravy.  Blacklock is amazing, if you want to do the roast there though, book way in advance. 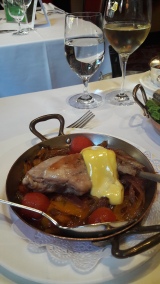 This time we saw London Bridge and London Tower which we hadn’t made it to yet.  Also, we went to the Jack the Ripper Museum which was really interesting.  We had drinks at Covent Garden and spied some hobbits at the bar (that was so random I can’t even begin to explain it, they just walked in and had a quick drink and some laughs then left).

From London we flew to Munich for Oktoberfest and drank some beer.  A tip for those wanting to experience Oktoberfest but not the drunk idiots and heavy crowd times, go during the week.  It’s great fun, great food (the first photo below is from an amazing breakfast place in the Oktoberfest grounds, truly wonderful) and the beer…well YES! (I haven’t been much of a photographer during Oktoberfest either time, probably because…beer.) 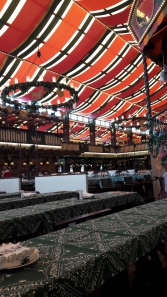 Upon stepping off the plane I breathed the Naples air and instantly cringed.  The next morning I felt like I was swallowing gravel and it quickly progressed into a full on cold.  I’ve been fairly isolated for two weeks now but yesterday we officially started our preparation for moving back to the states with an appointment to schedule the pack out (military for when the movers come to pack up your shit).  Now we start the process of going through our stuff to get rid of things we don’t want to keep, packing things we don’t want other people handling and separating things for the two different shipments.  One is regular household stuff and one is an expedite shipment which should get there a bit quicker (usually bedding, linens, dishes, pots/pans, coffee machine, etc.).

No more trips for us for a bit.  I am doing a very quick, solo trip through the USO (as long as it doesn’t get cancelled) at the end of November going to Florence, Pisa, Tuscany which we have somehow not made it to yet.  I know!  We keep going South or out of Italy instead.  Then December will be packing up the house and doing moving stuff and we have a final trip planned before the move in January, more on that later.