There are a few times during the year when holidays and festivals of many faiths overlap.  The Spring Equinox is one of them.  A quick breakdown of a few of the religious and local celebrations:

For many Pagan paths it is Ostara – the Sun God awakens and begins his travel across the sky.    His light and warmth push back the darkness and cold of winter, he brings fire, fertility, growth and renewal/rebirth of Nature.    Night and Day, masculine and feminine are in balance.  With regards to the harvest, this is when we start to see our seedlings which were planted on Imbolc (Feb. 2nd) push through the Mother Earth towards the sun.

In my spiritual renovation:  I am using this time to renew my pledge and identify areas where I can see it has positively effected my world as well as noting which areas I have perhaps neglected or not put enough effort in.   “This year I will be open to the humanity in all people and will honor myself with a firm foundation on which to build myself”.

For Christian religions it is Easter – The celebration of the resurrection of Jesus. “Easter is a time of rejoicing for Christians. The Roman Catholic, Anglican and Greek Orthodox Churches commemorate the resurrection of Christ with the Easter Mass, which includes special prayers, litanies, psalms and hymns. In some Churches throughout Spain, Easter customs include special processions to honor the Virgin Mary. Protestant Churches have Easter services that include Communion, special sermons and sometimes Easter plays. Many Evangelical Churches have sunrise services that include much singing and rejoicing. 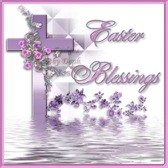 The purest meaning of Easter is the celebration of the resurrection or rising of Christ to heaven, which is the foundation of Christianity. Easter Sunday reminds all Christians of their heavenly calling and of the open door for relationship with God through Jesus, His Son.”  This content was borrowed from:  This site  because it’s stated so well.

Nissan to the 22nd.   This holiday celebrates the emancipation of the Israelites from slavery in Egypt.  As God sent the final plague to Egypt of killing first born sons he spared Israelites this punishment passing over their homes, as his chosen people.  The people were chased from Egypt beginning their exodus to Mt. Sinai.

For the Hindu faith it is Holi – thought this holiday is celebrated in early March I think it fits 🙂  It celebrates the triumph of good over evil.  The legend associated with this holiday is here.   Rituals include community bonfires, taking embers to rekindle their hearth fires, spraying colorful died water on each other, singing and dancing.

In Japan, where Shinto and Buddhism coexist in harmony the Spring celebrations don’t occur until April, beginning with Buddha’s birthday on April 8th and the Cherry Blossom (Sakura) Festival. 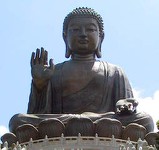 There’s so much information on the internet that I didn’t go into detail on any of the above but invite you to stretch your brain and spend some time learning about faiths other than your own (or lack of if you don’t follow one).  If I have misrepresented any faith in the above or if you have one to add, please comment!

I have put the link on each photo inserted for the web site it was found on, to satisfy copywriting.