An actor I will truly miss seeing on the big screen is Peter O’Toole.

When I was a child my mother often turned on the old movies, Lawrence of Arabia and The Lion In Winter were favorites of mine.  No matter the character he played in a movie or how large or small the role, Peter O’Toole stood out and to me is the very essence of what a gentleman is.  Of course, I have no idea what kind of man he really was, for all I know he could have been a horrible beast of a human being but I choose to believe he was a gentle man who was very comfortable in his own skin. 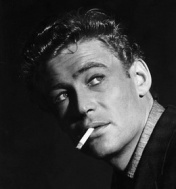 Even his smaller roles as he got older grabbed me.  Although, to me none of his roles were small.

The most recent film I watched him in was a T.V. movie in 2008:  “Thomas Kinkade’s Christmas Cottage” in which he played an aging artist who mentors the young Kinkade and his performance was lovely to say the least.  He just had a certain air about him that holds my attention in every role.

Please, if you don’t know who Peter O’Toole is/was, take a weekend to rent a few of his movies and grab the popcorn.  Get ready to be taken in by this amazing actor.  There are so many films to mention so I will instead link to his filmography.

And so with a heavy heart for the loss of such a film icon, I say to my Mother ~ thank you for introducing him to me at an early age and allowing me to appreciate his brilliance through all of these years.

I did not know this but apparently he also authored a series of memoirs called “Loitering With Intent”.  How brilliant is that title!?!  I plan to find and purchase these for our library.

Well, I hope those of you who appreciate the man, the actor, the author join me in saluting him and those who were just introduced to him will go search out his work, it is worth the effort.