The first week of March I began feeling the crunch of time, time getting away from me.  It marked the final year of our time in Japan.  Everything from that point forward will be the last chance to do something (seasonal) while we are here.

I busted my knee going up some stairs, it was incredibly graceful.  Quite the injury actually and is still healing.

Went to a ball, it was a blue, off the shoulder gown kinda night: 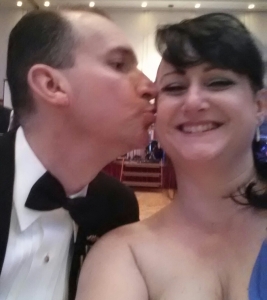 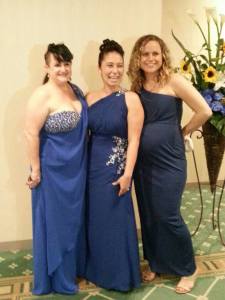 We took the train, which was incredibly crowded due to Golden Week, to see the Wisteria blooms at Kameido Tenjin Shrine, a few days too late because they were already dying off but still pretty: 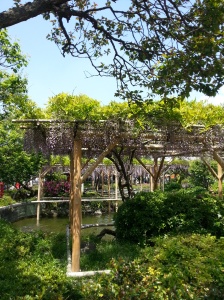 The husband got to see Godzilla at Tokyo Midtown:

The husband’s department had a bonfire/May Day party at a campsite that was pretty fun.  They built a fire..with a blowtorch and I snuck in a little quiet ritual for Beltane as well:

Next weekend the plan is to go to the Ramen Museum and to explore Kawasaki because we always pass by it on the train going to Tokyo but we haven’t actually stopped to look around.  After that we’ll be out of town for a bit which I’ll post about after we get back. 🙂

Then in June we are going to a Kodo Drum show.  Might snag a tour somewhere in June too, will see.  The husband will be super busy taking his last class in June/July which will earn him his Bachelor’s degree!  I’m super proud of him.

May in Japan is really quite nice.  Temperatures are warming up into the 70’s – low 80’s (a bit much for me but everyone else seems to enjoy it) and if there’s a nice breeze and a bit of cloud cover it’s very comfortable for exploring.  Flowers are blooming everywhere, which was a bit of a surprise to me coming to Japan.  I’m not sure why but I didn’t expect flowers here, green yes, but not really the amazing floral displays.