I was walking along making my way down a street I had not ventured down yet and heading to what has been said is an amazing shopping area.  This street traced the edge of the fishing harbor and passed Port Yokosuka which is a nice market with a lot of fresh seafood.

I came across a public phone, which I have seen before now but realized I haven’t shared what the Japanese public phone in the booths look like yet..

Walking further along I noticed on the other side of the street was a fantastic wall of falling water.. 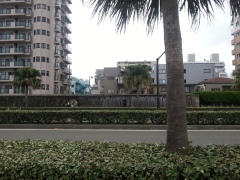 It was quite long and further down was a platform built that you could climb up to check out the harbor view over the protective fencing they have to keep the wind down.

Continued walking and finally got to my destination, which was a department store called Homes and across the street was a Market and more department store called Livin.  These are quite popular here, kind of a cross between Sears and Home Depot with a grocery included.  Pretty much anything you need for your home can be found here.

I like these flat pillows and think I may buy one but they are a bit large.  The floors in our home are rather hard and I’ll admit, when we are alone we bring our dishes to the coffee table and sit on the floor to eat while watching t.v.  It’s just a habit we have. 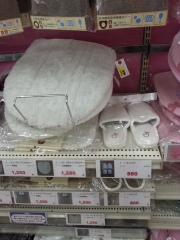 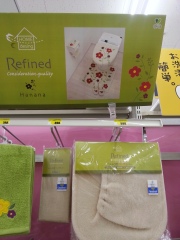 After shopping for a while I started looking for somewhere to eat.  Oddly enough in all of this shopping mecca there were only a few places to eat.  I decided to try a Denny’s.  We’ve seen several around but haven’t tried it yet.   It’s definitely not an American Denny’s. 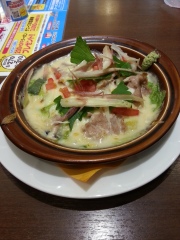 I ordered this dish which I thought was a soup but turned out to be cheese on rice hah!

On the way back home I came across this:

What is it about this tree?  It was inside the stone structure and protected by a border and sign.  Outside this structure was a plate probably saying exactly what I’m wondering about but of course I can’t read it. 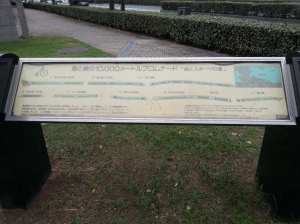 Why is this tree so memorialized?

4 thoughts on “The Thing About A Tree”